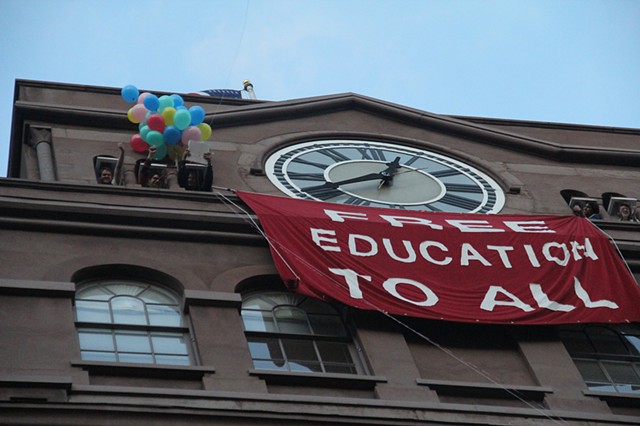 12 Cooper Union students barricaded themselves into the Peter Cooper Suite on the 8th floor of the Foundation Building on December 3, 2012 in protest of the proposed implementation of tuition to the graduate program and Engineering school.

On Day 2 of what would become a week-long occupation, student supporters delivered a pizza to the 8th floor via a system of pulleys and helium balloons. While the balloons were guided up to reach the windows and grasped by the occupiers, several others began to rig a system of nylon ropes and cords to a box of pizza from Two Boots, securing it with a carabiner. Using the balloons as the axle, the pizza slowly made its way up, to the cheers of the 100 or so onlookers.