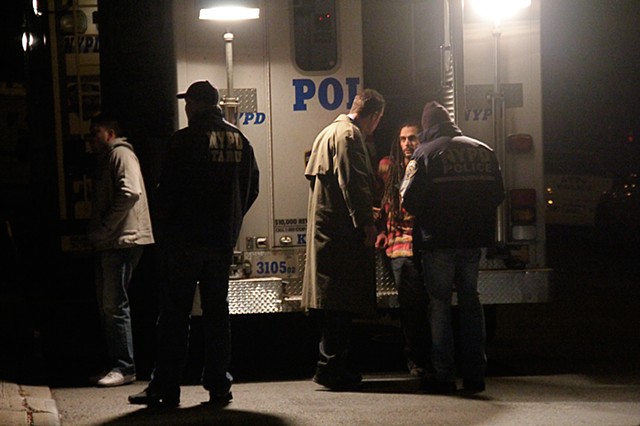 Pooya Hosseini is questioned by police immediately following the shooting death of three of his housemates, two of whom were in the Iranian expat band The Yellow Dogs. Hosseini had managed to fight off the gunman, a former bandmate, who then committed suicide on the roof of the building in Williamsburg, Brooklyn.