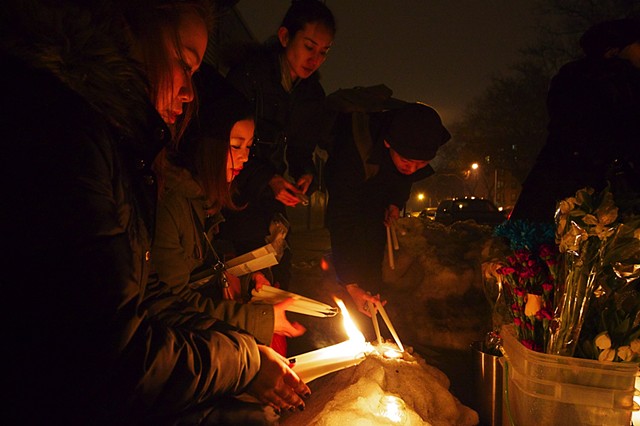 Family and friends of Ryo Oyamada gather for a vigil one year after his death in Queensbridge. Oyamada, a 24-year-old student from Japan, was killed by a police cruiser while crossing the street at night; the car was said not to have lights or sirens on, and NYPD has refused to release video of the incident. Family members made the trip from Kobe to be at the exact spot Oyamada died, at the exact hour.